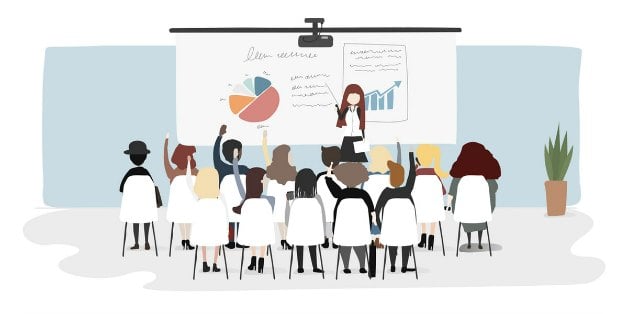 Some studies claim that we spend about the 60% of our working day at meetings, which is a huge time investment. Of course, not everybody dedicates the same amount of time to meetings, since it will depend on the company, the sector and, above all, on the position that a given person has within the organisation.

If we take into account that on average, we spend 9 hours and 19 minutes at the office every day (from the beginning of the working day, including breakfast, lunch and other breaks…) we would be dedicating a bit more than 5 hours to meetings or to collaborating with co-workers. Considering these figures, don’t you think that it is vital to run efficient meetings? Maybe this way we would cut down on the amount of time invested in meetings or, at least, we would make the most of every meeting.

<<< Download the new infographic: 10 steps for running an efficient meeting >>>

Have you ever had the feeling of attending a meeting and ended up thinking that you have been wasting your time? Either because it was not necessary to invest so much time for solving a given issue, or because you were not the appropriate interlocutor and you couldn’t contribute as much as you would have liked to, or just because the issue did not deserve a meeting, among several other reasons. Out of the number of meetings we attend, according to the data collected by WorkMeter in their annual study on time management:

And, in addition, how long do you think meetings in Spain last on average? The first meetings, the scheduled ones, usually last about 23 minutes, while unplanned meetings have a shorter duration, lasting about 18 minutes. Leaving aside its duration, as well as the number of meetings we might end up having by the end of the day, are they really productive? A study conducted by Robert Half International, and analysed by “El arte de la Comunicación”, says that 28% of the meetings are unnecessary and unproductive, apart from not being prepared enough. And, do you know why? There are several factors, but among them we find, according to Atlassian’s study on this subject, that 91% of attendees are distracted during the meeting, 45% of them feel snowed under due to the number of meetings they must attend or 73% of them are doing other things while attending a meeting. Does it sound familiar to you?

In the same way as it happens with emails, meetings have become another of the great “office-time thieves”, snatching from us most of the time by the end of the day.

But meetings, in most cases, are indispensable and necessary for clarifying, specifying or analysing given goals or projects. It’s not about cancelling all our meetings scheduled in Outlook, but about finding the way for making them efficient. To that end, we have prepared an infographic with 10 steps for making your meetings be, for once and for all, efficient.

Reskilling in the “new normality”

What we have been calling a new normal, the one that the crisis caused by Covid-19 has brought us, will create substantial changes in terms of management within the company. In ...

Keys for being a good leader | Between Technology

The traditional boss concept has long since slipped into a drawer that we hope will never come out again. That authoritative image, capable of frightening the staff at times and ...

Employee centricity (EC) is a topic that has been talked about a lot in trends in human resources. Perhaps it is worth reviewing a little about what it is, as well as taking some ...

Offer your visitor something of value.