For which reasons technological professionals quit a job? 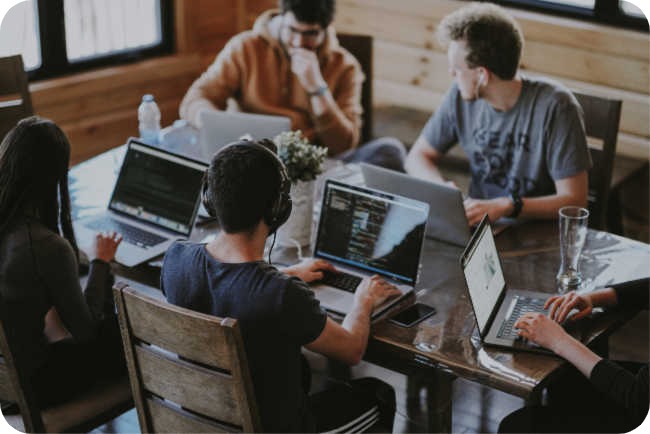 What do employees from the IT world need and look for in a job? This is the million-dollar question for many companies looking to avoid tech talent brain-drain to other companies, given the broad variety of working possibilities they count on nowadays.

Technological companies have many reasons for finding the answer to this question and discovering what employees in the tech sector value the most in order to avoid brain drain. And the thing is that, according to a study conducted by Linkedin, these companies are the ones experiencing the highest rates of employee rotation: a 13.2%. Within this sector, companies dedicated to videogames (15.5%), to the internet (14.9%), and to the software industry (13.3%) head the list. If grouped by professional profiles, the ones experiencing more rotation are user experience designers, with a 23.3%, and data analysts and built-in software engineers with a 21.7%.

Both the increase of the demand of technicians and its shortage are making technological talent retainment become a real challenge. Offers are every day more competitive, and this is the point in which this kind of profiles take advantage of these new opportunities. Figures prove this theory. According to the data collected by LinkedIn, almost half (49%) of the employees quitting a technology-related job start working somewhere else within the technological sector too.

If we take a look at another study, in this case the one carried out by “Future For Work”, quitting a job voluntarily is a complex decision triggered by a combination of several reasons. Only 6% of employees claim their decision was taken due to just one reason.

In addition, the study reveals that from the 21 most common reasons for quitting a job, the most frequently mentioned ones are:

Why do professionals from the technological sector change jobs?

According to the members of this sector, professional development is the most common reason for looking for a professional change (60%), followed by the salary (51%) and the workload (32%), as seen in the previously mentioned study. Nevertheless, the direct supervisor is only mentioned by the 13% of these employees, as opposed to the 42% of employees from the rest of sectors.

As you can see, there is not a clear and obvious answer about what really motivates a technician to change jobs. In fact, it is usually a combination of several factors but, what it is truly important for companies is to figure out which are the leitmotivs causing this talent’s brain drain. By doing this, they will be able to create strategies and rules of procedure to avoid that these employees abandon projects. After reading all this data, at BETWEEN, where we have a team of developers, we wanted to know first-hand what their answer to this question is. That’s why we have asked some of them: What do you value the most from your job? 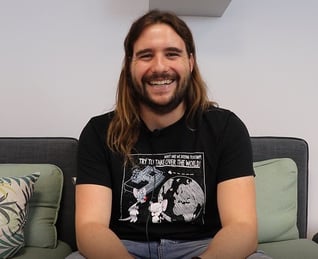 Bruno del Greco, programmer at BETWEEN, says that from his point of view there are two essential things: “coffee and days off”. In addition, what he values the most when choosing a given job or another one is the working environment. When we ask him whether working with new technologies is important or not, he is very clear about it: “of course it is”. His summary is: good vibes, comradeship and being able to grow professionally through new technologies. 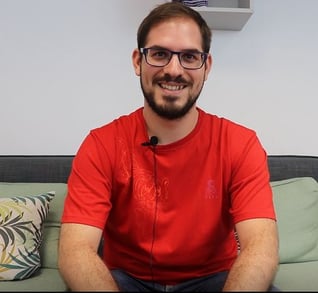 Juan Carlos Silva, web application developer, agrees with Bruno on the statement that the working environment is determining when it comes to changing jobs. If you feel good at your current job, it will be less likely that you think of a change. Juan Carlos thinks that it is very important to feel good at the office, and he says that having a relaxing area with a couch and a PlayStation is very nice. He also says that, if he were to change jobs, he wouldn’t give up on his way of being in order to fit in, “I could change some things depending on the environment, but I wouldn’t turn into somebody else in order to fit in”. 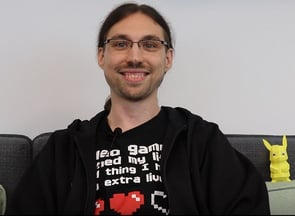 Eloi Trepat, web application developer, ensures that “being able to have a certain degree of creativity for doing my job is indispensable”. Eloi also agrees on the fact that he couldn’t be working at a place where there was not a good working environment, “like the one I have here at BETWEEN”, he points out.

Sergi Álvarez’s two most important factors for not changing jobs are the following: “having good vibes, that is to say, coming happy to work every day, and a salary in accordance with my expectations”. He is a junior programmer, and one of his main professional priorities is being able to touch new technologies. In fact, he believes that “this is the second most important thing that a developer will value over other things, right after having a good working environment, of course”. 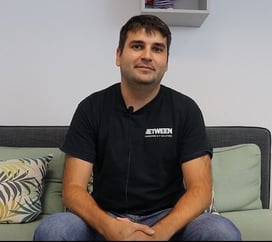 Miguel Cardona, PHP developer, claims that “the working environment, the developing environment and comradeship are what make the company work”.

In addition, on the occasion of the Programmer’s Day, which is celebrated every September 13th, we asked them one more question:

If you could ask for a wish, which one would it be?

Can you imagine what they answered? Don’t miss out on the video, because there are all kinds of answers! Remote working offers in IT: the new options in times of COVID-19

The ongoing digitalisation of society has significantly increased the need for IT experts across virtually all industries. This trend has undergone rapid growth due to COVID-19, ...

Which IT profiles will be in the highest demand in 2021?

The COVID-19 pandemic has accelerated the digital transformation of the economy, whose progress, from a technological point of view, would have normally taken three or four years ...

We are currently living in an era of uncertainty regarding employment and the economy. However, the IT sector is one of the labour sectors with the brightest future in the coming ...

Offer your visitor something of value.